Robert L. Woodson, Sr. will be speaking in CT. Please register on zoom to listen to his powerful and inspiring message.

This forum is presented by State Representatives, the New Canaan Housing Authority, and Planning & Zoning on the bills before the CT Legislature on zoning and affordable housing. The proposal has the potential to change the landscape of New Canaan without the Town’s input, and it aggressively seeks to lower property values and take local zoning control away from the Towns. If you believe in local governance, you need to hear what is currently under consideration in Hartford. Hear from WESTCOG Executive Director Francis Pickering on these topics in the context of the proposed legislation in Hartford. 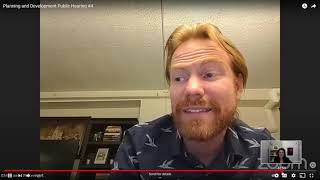 Dr. Steve Perry has become a national icon in the education revolution, a change agent who is tireless in his fight for providing equal and competitive opportunities for children who otherwise would not have a voice. Dr. Perry is completely committed to closing the educational inequities that plague our youth and families in low income communities. He considers the current state of education as being in crisis and when he speaks it is a call to action to ignite an urgency to save the children.

Dr. Perry’s commitment to excellence started as former principal of what U.S. News and World Report has cited as one of the top schools in the country, Capital Preparatory Magnet School in Hartford, Connecticut. Capital Prep has sent 100% of its predominantly low-income, minority, first generation high school graduates to four-year colleges every year since its first class graduated in 2006. Subsequently this success led him to start Capital Preparatory Schools in 2012 with the objective to open schools that provide as many low income students/families with an educational experience that he considers a right not just an opportunity. As head of schools, Dr. Perry has been instrumental in advocating for, developing and opening the Capital Preparatory Harbor School in Bridgeport CT and Capital Preparatory Harlem School in Harlem NY.

His passion, advocacy and commitment to education can also be seen through his additional works; CNN’s Black in America series, Education Contributor for CNN and MSNBC, an Essence Magazine columnist, and host of the #1 docudrama for TVONE “Save My Son.” He shares his keys to success and calls to action in his latest best-selling book, “Push Has Come To Shove: Getting Our Kids The Education They Deserve – Even If It Means Picking A Fight.

Not About the Money