We expect YOU to VOTE NO on DesegregateCT’s zoning legislation that are a gift to builders and doesn’t address affordability.

HB 5429 would allow by right housing developments of any density on most land within a ½ mile radius of train and bus rapid transit stations, with a 65-day approval clock. Land would not have to be zoned residential – this could take place on commercial and industrial land.

Essentially, this is a loss of local control over the land in the ½ mile around each station, which is often among the most valuable real estate in a municipality and a primary employment and retail center, and sets its rezoning to residential. There is no consideration in the bill of the centrality of commerce or jobs centers to TOD – yet without them, there is no TOD.

The bill sets a minimum 10% affordable as part of the as-of-right development, but this set-aside will not appreciably get municipalities closer to the 10% threshold per §8-30g.

Inclusivity starts by engaging all stakeholders, including small towns and suburbs, and maintaining local control of zoning. 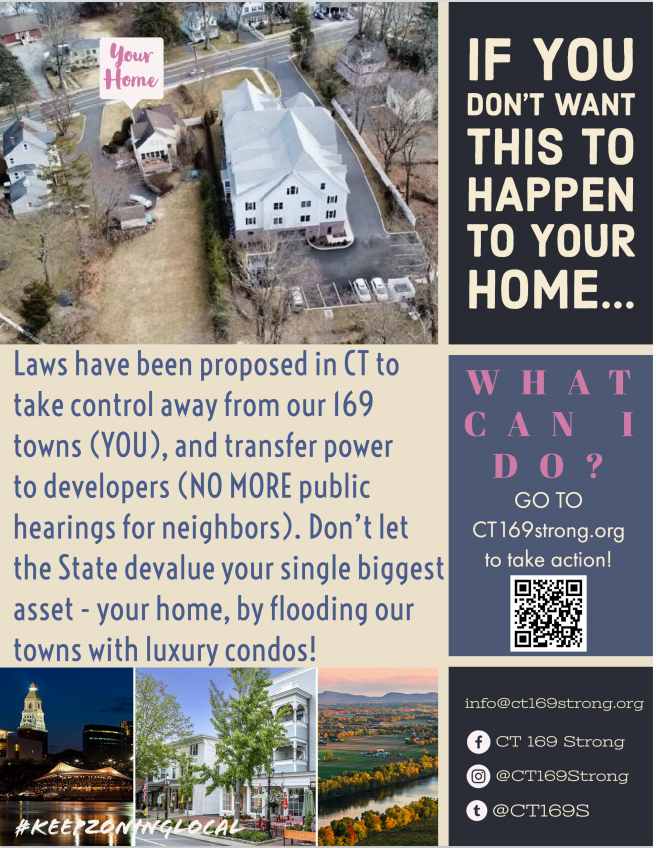